If you’ve ever tried to use RSS on iOS, Reeder is an app that you’ve must have stumbled upon. Described as the best RSS app for iOS for a long time by most of the tech scene (and replaced by Jared Sinclair’s/SupertopUnread by some Apple podcasters), Reeder is still my go-to app when I have to tackle some of my untidy RSS feed. updated for iOS 7 with Reeder 2, Silvio Rizzi finally releases an update for iOS 8. It’s what can be described as a minor update, but it’s a much needed one. 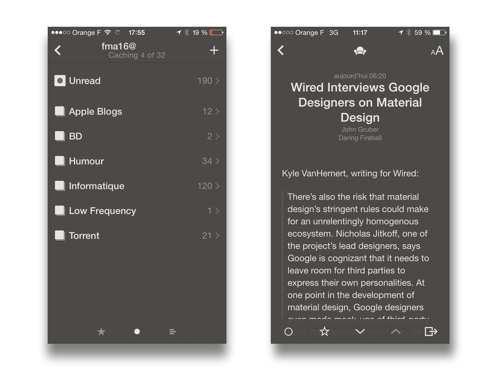 The standard iOS share sheet is hidden in Reeder’s custom share sheet, at the right bottom of the screen. It still privileges Reeder own share extensions, which are very good on their own (Instapaper implementation on Reeder is better than with the classic share sheet : you’re not stuck with a loading screen when you’re saving something, it does everything in the background.) 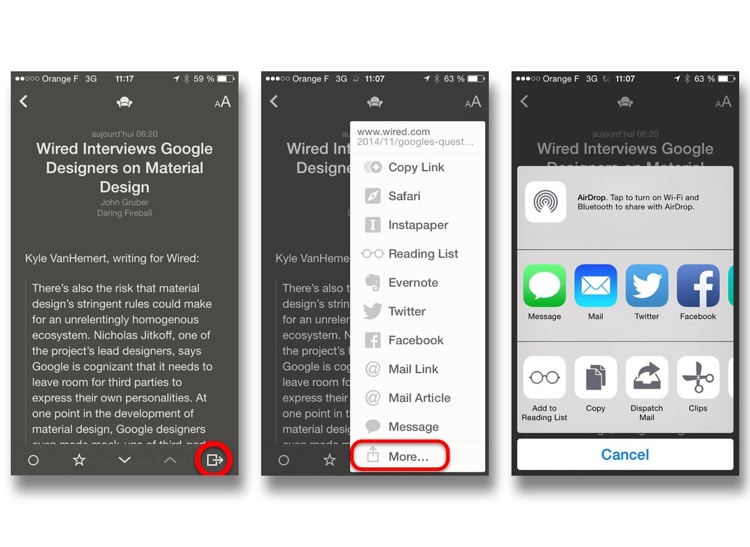 It also integrates the support of the landscape mode on iOS 8 devices, which fixes the inconvenience of having to launch a embed video on the app or the WebView on Safari if you want too see it in landscape -something you should definitively do when you’re viewing a 16:9 video-. This is very much appreciated.

So, this is a very solid update, but I think it’s missing some features, who would be very much welcomed : 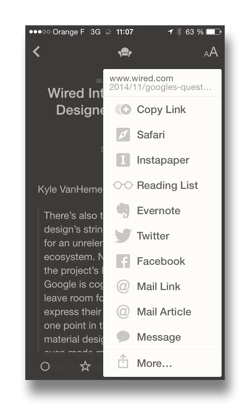 Anyways, this update still make Reeder as one of the best -if not the best- RSS reader on iOS. I don’t have a Mac, but if you have, you should definitively check out its Mac OS counterpart.